We All Need Roofs

Have you noticed that there is a broken three-tab shingle on your home's roof, and you want to know how to fix it? If so, this may be a job that you can do on your own. Here are some tips that will help you successfully replace that shingle.

Pop the Nails Attached to the Damaged Shingle

Break the Seal Above the Damaged Shingle

Pop the Nails Attached to the Good Shingles

That row above the damaged shingle is also going to have nails that go through to the one you are trying to replace. Use your flat bar to pop out those nails as well, being careful not to damage the good shingles. Now you should be able to slide out that entire damaged three-tab shingle

Now you can take your replacement shingle and slide it into place. You'll want to make sure that the new shingle is lined up as perfectly as possible so that it doesn't look out of place. Now you can take roofing nails to secure the new shingle in place, going directly through the new shingle and into the top of the shingle beneath it. Just make sure to keep the nails above where they will be seen, but low enough where they'll go through the shingle beneath it. Since you broke the seal from the old roofing shingles, you can use roofing cement to create a new seal along the shingles. A bead of roofing cement along the edge should do the trick. 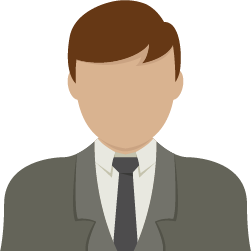 Some people like modern homes. Others like more traditional, country homes, and still others prefer Craftsman homes. But regardless of what type of home you prefer, one thing is for sure: it needs a roof. Because roofs are so essential, we think everyone could stand to know a bit more about them. We also think it's important to learn about roofers and the work they do. That's why we publish so many blog posts about roofers. If you read them, you'll slowly be boosting your general knowledge about roofers to the point that you're able to have a more productive discussion with a roofing company.